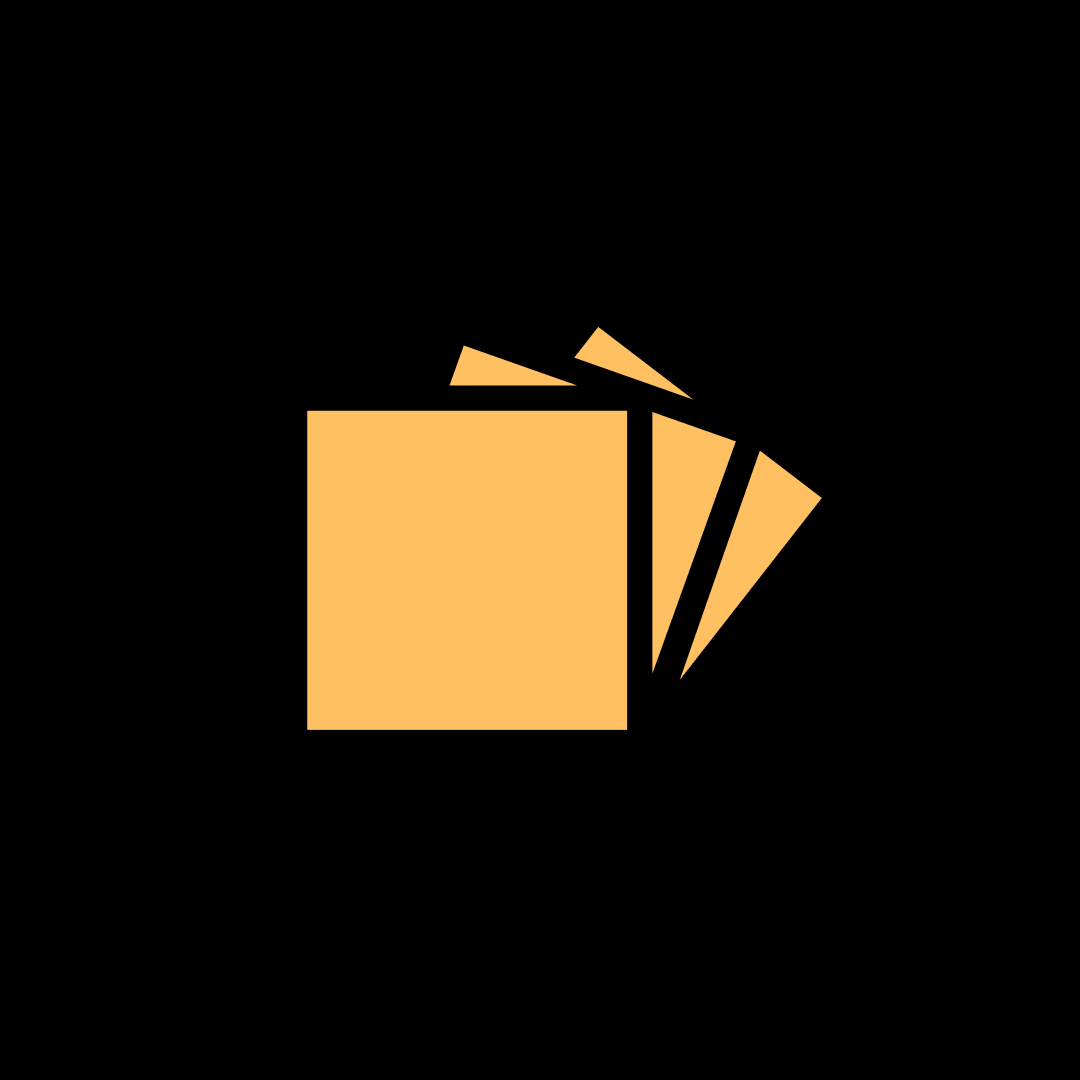 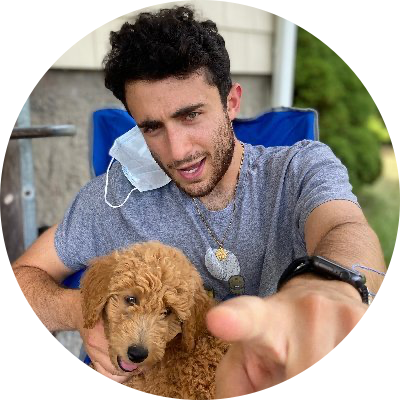 For decades, many Brazilians have proudly embodied "the country of samba and football." No longer. 20 years have past since the Seleção last won the World Cup. And while samba still reflects and affects a quintessential dimension of the national soul, from old-timer bossa nova songs to enormous carnival parades, there's another local sound now gobbling up ear space: baile funk. Rio's 80s melding of club music and hip-hop has leapt from favela-shaking 10-feet-high sound systems to CDJs in faraway places. Even as chart toppers now carry the mutating genre across continents, it always returns home for border-bashing upgrades.

Today, baile funk is the main thread connecting an ascendent generation of music-makers in Brazil and several countries around the world, from France's Koba LaD to the soulful joints of Seattle's Sango. It takes myriad forms, but typically brings percussive beats, mutilated sounds and distinct MC vocals — which clock in at every register imaginable — to the musical table. Beyond the sonics, baile funk reflects and supplies a generational aesthetic and discursive toolbox for rising talents to continually reinterpret. From Rio's favela parties to São Paulo’s underground clubs, the baile funk rhythmic cell is fueling artists from different backgrounds to invent new soundtracks for their day-to-day. This isn’t trap type beats meets tropical vibes. Producers like CESRV, VHOOR, LARINHX and EVEHIVE are defining a new type of electronic music, CluBR (pronounced club-bee-erhe, or cluh-bee-ay).

"At this moment, there are several DJs innovating this approach: crossing different rhythmic constructions with Brazilian references," says CESRV, an alias for Cesar Pierri. The producer is one of the masterminds behind the 2020 EP, BRIME!. The release made shockwaves in Brazilian hip-hop and electronic music scenes in 2020 by crossbreeding baile and grime—the result of CESRV’s research of baile funk and long-time love for UK club culture. He met the fanfare with a country-wide tour — often accompanied by his BRIME! costars, the MCs Febem and Fleezus — that bridged the jungle "Amen break" with tamborzão. In short, a revelation.

In his latest release and Catalog genesis, "DomDom," CESRV fuses classic funk vocals with a feverish late 90s UK bass tune that breaks new ground. Tight rhythms course beneath neighborhood rattlings: motorcycle accelerations and bright clave-like clicks mix with the fading blips of Hyperdub. "I believe this track sums up what has been going on in Brazilian electronic music today: this fusion of UK Garage and Brazilian elements," says CESRV. "It has an energetic intro followed by this very English baseline." This idea, the reimagination of globally attuned influences through the lens of a Brazilian streets, is the central pillar of this new genre.

Weaving another thread of the CluBR patchwork, producer and DJ VHOOR broke through in 2021 with Baile alongside its co-creator and featured rapper, FBC. The album returned to the early days of baile funk, when the genre was offcast from the 90s Miami bass wave in the US, and freaked it by refreshing old school, sequenced beats for a new generation. The song "Se Tá Solteira" reached the country's top charts and even become a football chant for Atlético Mineiro supporters, leading VHOOR—once a SoundCloud bedroom producer—to ask himself on Twitter: "Is it possible to say I make underground music after this song?"

"Today, in Brazil's electronic music landscape, each producer has a particular sound that brings novelty to the scene. Since I'm deeply connected to baile funk, I want to excel as the producer that fused it with electronic," says VHOOR, who extended his win streak with "1Dez." The track drifts from his more upbeat and layered releases, taking a minimalist turn. Its techno structure feels fragile, while vocals from MC Myres set a melodic gloom.

Such somber territory is not a novelty in CluBR records, but nothing could be stranger to traditional baile funk than a downcast mood. Whether its Rio's football courts transforming into dancefloors for passinhos (baile dancing) during weekends or São Paulo block parties in narrow favela streets, fueled by powerful vehicle sound systems, the parties are a prime time celebration for young and low-income kids. CluBR provides the same experience for those more at home in the club. Even when lyrics capture a graphic perspective of live in the underprivileged neighborhoods of Brazilian metropolis, it’s best to enjoy the music. Sneaking these somber tones into both Brazilian electronic music and flamboyant trap music scenes is something only achieved in recent years, and music-makers like LARINHX deserve the credit.

Born in the outskirts of Rio, LARINHX started writing rap verses at the age of 12 and tried her hand at production soon after. Within just a couple years, her phone rang day and night with DJ requests from across the city. Venues clamored for her blends of underground baile funk tunes and her own elating remixes and edits. As soon as she got confident making her own beats, LARINHX felt it was time to add her talents to the musical lineage that soundtracked her life since birth. "I always wanted to grow in music and make the people around me grow as well," she says. "I love to be surrounded by people who just want to make good music."

Even though that music has brought joy and catharsis for three decades, in all its evolutionary forms, baile funk is still seen as a menace to the great majority of Brazil's ruling class and police forces—a biased, racist perspective that’s led to the arrest of young MCs and DJs and, at times, near-total prohibitions of local parties. But instead of killing the sound and the culture, this proscription has done the opposite. No genre remains undisturbed by the infectious energy of the baile, CluBR included.

The sonic dots linked by LARINHX — baile funk, trap, club — yield her latest release, "b-rimbaub-eat." The 808 slide-soaked track revisits the essential sonic palette of Brazil today, the berimbau beat, the good-ol' conga-laden loop, and full-bodied rumbling kicks. "These sounds are really exciting to me. They make me want to wake up and go for a bike ride by the beach," says the producer.

That unraveling energy also defines the work of producer and DJ EVEHIVE. Taking baile funk to Brazil’s cutting-edge ballroom scene, where LGBTQIA+ artists like Sodomita explore new boundaries in hip-hop and electronic music, they made the genre feel at home among the vogue crashing drums and its fast-paced kick-stomping cousins—from New Jersey Bounce to Baltimore club. In their latest release, "CUBO," the 20-something artist pours one of Rio's latest trends, the "bubble beat," on a hotbed of death drops, samba drums and slicing synths. "This is more of an industrial, clubber track," the producer explains. "Usually I'm more into somber colors for the sounds, but this is a happy track, even if it sounds strong."

Antagonisms like EVEHIVE's "CUBO" — a distillation of happy strength — are a remarkable contribution to Brazil’s musical continuum. CluBR and its new generation of Brazilian electronic music producers have already made their mark, just now entering their prime. From LARINHX's energetic somberness to VHOOR's swings between underground and pop or CESRV's BR-UK connection, all of them embrace opposites as part of their music-making, all operating within a country known as the land of many contrasts. To this day, baile funk artists and fans — primarily young Black kids — face racism and prejudice. Bringing Brazilian crossings of house, vogue, grime and trap to dance floors around the world, as these artists so brilliantly do, keeps the energy alive—or as the local saying goes, "segue o baile."